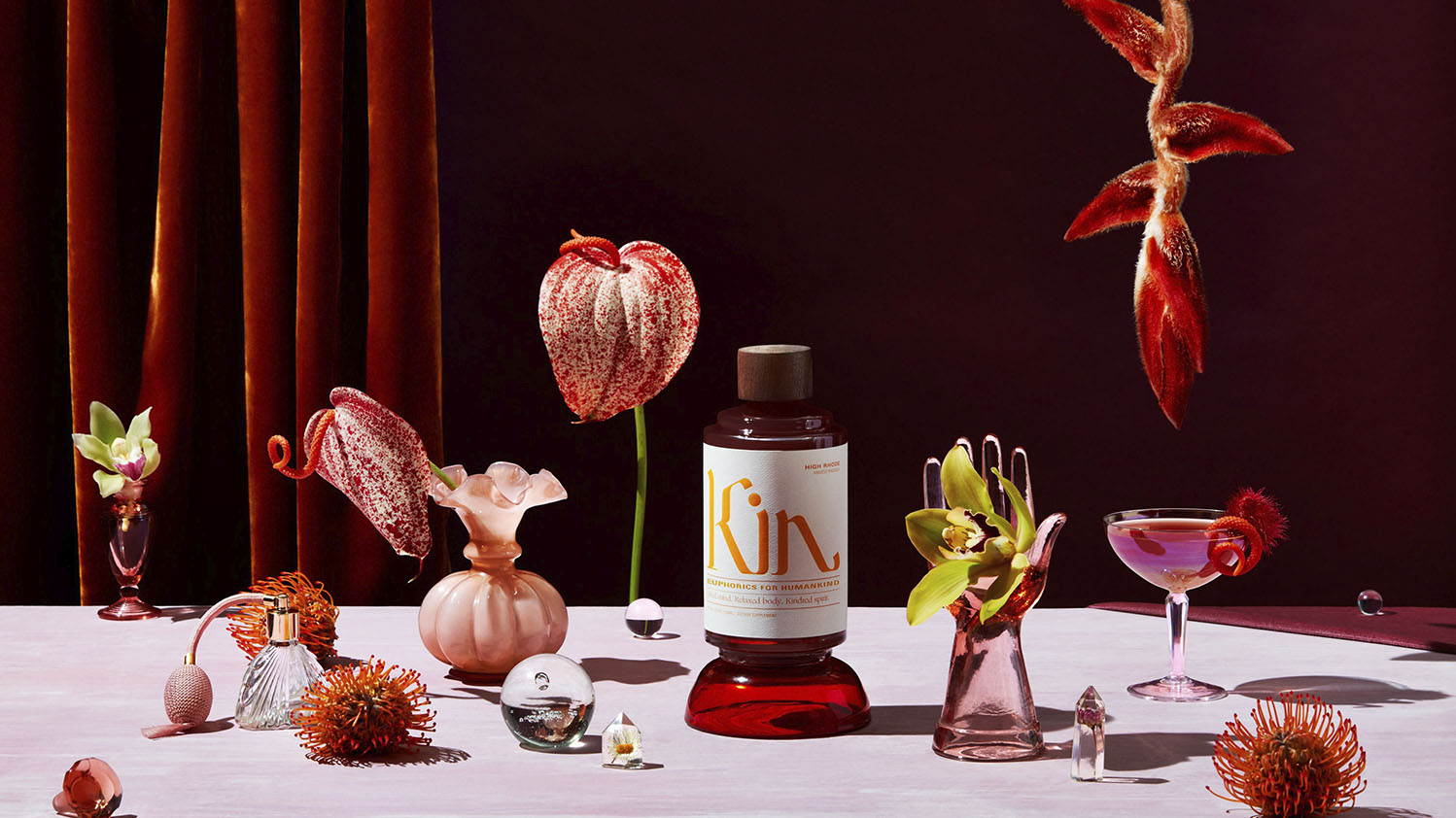 In the last two years, with the pandemic being a time to reflect, there’s been a lot of discussion around the effects of what we’re putting into our bodies.

January was the perfect time to rethink how we consume, with ‘Dry January’ being the annual penance for an indulgent Christmas break. In the UK, roughly 8 million of us take part in it every year, with more than half likely to give up by the second week. By the time this hit your inbox, this number would have increased by much more and you might have been tempted to throw in the towel yourself. But before you reached for your reliable red, it could have been worth considering a non-alcoholic alternative.

The functional beverage space is flourishing. Not only are we seeing big brewers and distillers develop their zero-alcohol offering (a sector which grew 17% in the UK last year), but there’s also a new school of challengers looking to provide a buzz, minus the hangover and potential poor decision-making.

Nootropics, adaptogens and botanicals are some of the new RTBs you can expect to see take prominence in the alternative market. These ingredients are employed with a focus on how they make you feel, intended to elevate your experience at traditional ‘alcohol occasions’. It’s uncharted territory for the role of brand. A highly competitive space with many overlapping and interchangeable semiotic codes, ranging from the mystical to the scientific. It’s taste vs function. At a glance, we know that wellbeing is the order of the day, and we know we should drink it, but we’re not too sure what’s in it or how it works.

Bella Hadid, supermodel and co-founder of non-alcohol adult drink brand Kin Euphorics, claims “Kin transforms the world’s oldest social ritual, drinking, into a thoughtful act of taking better care of ourselves”. Their alcohol-free drinks are chemically engineered to give you a variety of euphoric sensations, as well as an increase in conscious connection with others. From a brand lens, they have established themselves as youthful (leveraging the Gen Z attitudinal shift away from booze), shown in its soft yet energetic colour palette, pack design, copy and content. It’s perfect for today’s market. It’s disruptive and memorable. But will it stand the test of time? Being a leader in a newly created category poses its own unique set of challenges. Namely consumer education.

Euphorics. It’s a term that’s new to consumers. How do they work? What will I feel, if anything at all? Is this all bullshit? The sceptic in me struggles with their promise. ‘Relax, the future of revelry is in our hands’ and ‘All Bliss, No Booze’ are lines helping to position Kin Euphorics as an exciting alcohol alternative. The challenge is how do you manage experience expectations if your consumer is looking to emulate the sensations of their normal (booze-fuelled) night out? Customer acquisition should be incredibly easy with these bold claims and lively design, but retention may suffer if our understanding of what I’m signing up for isn’t clear.

Recess, another functional US beverage brand, is a CBD drink (or powder) geared towards anxious, aesthetic-obsessed millennials. “We canned a feeling. An antidote to modern times.” The brand messaging and the information on pack is clear to understand, so I know what to expect. “Not tired, not wired.” But the identity lacks distinction to create continued memorability. 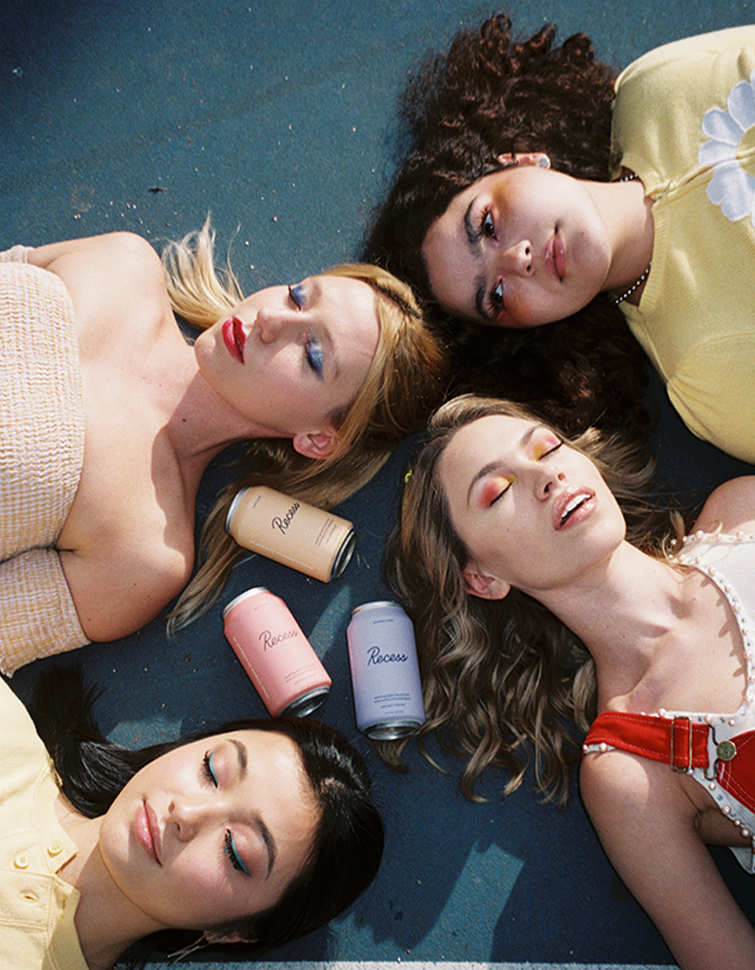 Both brands are striving to create a role for themselves in people’s lives as the expectations of what drinks and drinking means to new audiences continues to evolve. Something we always champion with our clients is the importance of meaning. From name and pack to online experience and comms, meaning is active. Always and everywhere. As brand owners and designers, we can control it. They are also playing to a similar audience, but the expectations of both Recess (step back) and Kin Euphorics (elevation) need something to back up meaning beyond their name.

Meaning denotes the role the brand will play. Imbuing brands with meaning frames how your consumers understand you and is a big driver in affecting behaviour. The quickest and easiest way to do that? Instill symbolism at a brand identity level. By creating intentional associations through symbols – in other words – generating visual metaphorical shortcuts in consumer’s minds, brands create stronger connections.

It will be interesting to see where this burgeoning category goes from here. It’s only a matter of time before one of the big players wants a piece of the functional beverage pie. With physical and mental health now understood to be one and the same, who wouldn’t want to convert to guilt-free mind-altering alternatives for your favourite tipples?